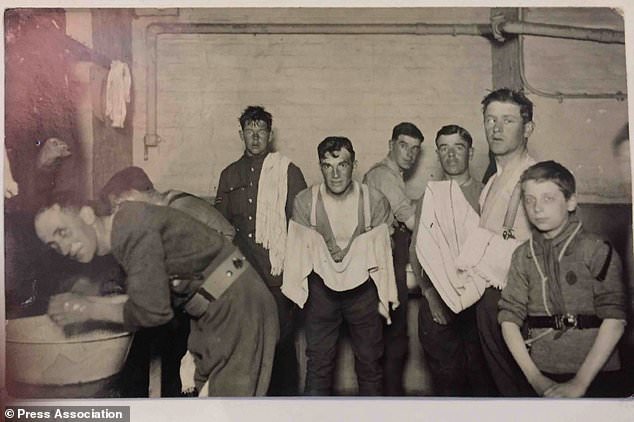 To mark the efforts of these organisations during the First World War, including churches, regiments and clubs, a book, Scots in Great War London, a Community at Home and on the Frontline 1914-1919 will be published in late June. There are many stories of heroism and kindness, including the hospitality for 50,000 Scottish troops on their way to and from the trenches in France and Flanders. They were fed and entertained at St Columba’s Church of Scotland in Knightsbridge between 1915 and 1919.  This extraordinary effort, led largely by women at the church, has not till now been fully described or recognised.

Stories of members killed in action are recounted, including those from Crown Court Church of Scotland in Covent Garden.  Lord Kinnaird, an early star of football in England, was a member at Crown Court and lost two sons during the war.  Three quarters of the 60 players who turned out for London Scottish in the last matches before the outbreak of war never returned. The London Scottish Regiment was the first territorial unit to see action in the war, having been thrown into battle near Ypres in October 1914.  Its soldiers included many members of Scottish churches and clubs in London. The support given to Scots in London by the 400 year-old Royal Scottish Corporation (now ScotsCare) is also highlighted.

A series of commemorative events have been planned by the Group, including an art installation and evening of music and readings to be held at St Columba’s. Events will also take place at the Caledonian Club and London Scottish FC rugby club.

A play, This is My Life, commissioned by the Royal Caledonian Education Trust, will be performed for local schoolchildren in London.  It covers issues facing families with parents in the forces. The play has already been performed widely throughout Scotland.

Rev. Angus MacLeod, Minister at St Columba’s, said: “The project enables us to honour the story of Scots in wartime London – those resident and those passing through. It highlights themes that linked people one hundred years ago – hospitality, friendship, the meeting of need and giving of comfort, the offering of prayer. It inspires those same things today.”

Further details of events and other news can be found at: www.scotsingreatwar.london

Scots in Great War London will be published by Helion on 26th June 2018.

Feeding the 50,000, an evening of music and readings, will be performed at St Columba’s Church on Saturday 20th October2018.  Details of ticket sales will be available soon on the website.